The responsibility for archaeological and geological investigations, educational activities, conservation and protection measures and all other scientific research in the cavern is undertaken by the Kents Cavern Foundation (KCF), Charitable Incorporated Organisation No: 1154561. 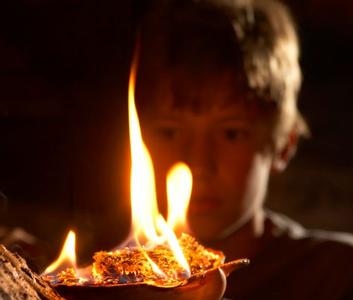 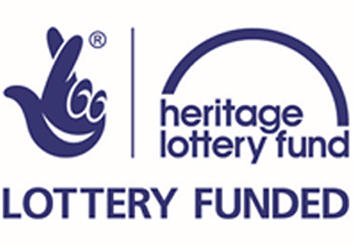 Kents Cavern is one of the most important prehistoric sites in Europe, if not the world. It is one of only two caves (but the worlds only showcave) that three different human species have occupied throughout time and is home to the oldest modern human fossil found in Britain, a 42,000-year-old jawbone.

In 1826 Father John MacEnery uncovered some of the earliest evidence of human antiquity.
During The Great Excavation (1865-1880), William Pengelly (the unsung hero of modern archaeology) discovered over 80,000 artefacts whilst devising excavation techniques that are used by archaeologists all over the world today.

Kents Cavern has provided a wealth of geological and archaeological history and the Kents Cavern Foundation feels a duty to share its heritage with local people and visitors of all ages, cultures and abilities through education and outreach to promote its conservation and protection.

How can you help?

As a charitable body our projects rely on help from the public and funding sources, without these the Kents Cavern Foundation cannot continue to deliver projects based on conservation, education and outreach.

Our help comes from large funding bodies such as the Heritage Fund but also from members of the public.

If you are interested in volunteering with the Kents Cavern Foundation, you can see all of our latest volunteer roles on the Vacancies section.

You can also donate to the charity here.

Not many sites can boast the geological and archaeological history that Kents Cavern has, but the latest project from the Kents Cavern Foundation is looking to conserve an aspect of the social history of Kents Cavern.

After the Stone Age, the cave was never re-discovered, it has always been open and known about by people. The cave attracted visitors looking for exploration and mystery, they knew that there were bones buried in the cave but had no idea of their significance.
Many of these visitors left behind markings in the cave, carving their initials into the rock as proof that they were here. The earliest known name was carved into the rock by a man named William Petre in 1571, but it is possible that there are earlier inscriptions that we have not yet discovered.

Due to the constant deposit of calcite throughout the cave, and the subsequent growth of cave formations (a natural process which cannot be stopped), these inscriptions are at risk of disappearing. Many are already faded, barely visible unless you know where to look.

The Kents Cavern Foundation is hoping to secure funds that will allow us to discover and record the inscriptions in the cave, so that we are able to keep a digital record of this interesting aspect of Kents Cavern’s social history before it disappears.

Firestone was the first publicly funded project of the Kents Cavern Foundation which set out to engage people of all ages with the prehistoric human and natural heritage of Kents Cavern and the local area through education and outreach. With a grant from the Heritage Lottery Fund, the project created the Stone Age School, a monthly club set up to teach children practical survival skills that their ancestors would have used.

The project also developed an education strategy for the cave, taking note of the Stone Age being introduced into the National Curriculum and created a five year conservation plan for the protection of the cave.

As well as all of this, the project helped to develop strong partnerships with local, national and international partners whilst trying to locate over 80,000 artefacts that were found on Victorian excavations.

The grant was also used to make the woodland trail paths more accessible and to create new interpretation for the woods.

Digging Deeper was the second funded project run by the KCF, also funded through the Heritage Lottery, and was able to expand on key areas for education, outreach and conservation identified during Firestone.

The project developed accessibility at Kents Cavern by developing British Sign Language tours of the cave, partnering with LivingOptions Devon’s funded project, HeritageAbility. It also created 3D replicas of Kents Cavern artefacts which now make up part of our tactile box for visitors with visual impairments. These replica artefacts also enhance the education and outreach aspects of Kents Cavern.

Acting on the conservation plan created by Firestone, Digging Deeper was able to commission a professional 3D map of the cave, which was part funded by the Quaternary Research Association as part of their GeoConservation grant awards.

One of the largest parts of the Digging Deeper project was to create a new exhibition area on site at Kents Cavern. the exhibition is available for anyone to enter, free of charge and highlights the Geological, archaeological and Stone Age history of Kents Cavern through interactive activities and interpretation panels.