Kents Cavern has been excavated by teams from research institutions including more recently Durham, Sheffield and Oxford universities. All the excavations held at the caves are research projects fall under the statutory regulations overseen by Historic England and Natural England. Excavations help improve knowledge of Kents Cavern's past. 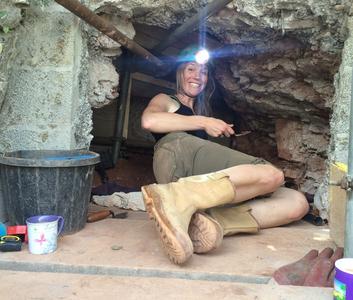 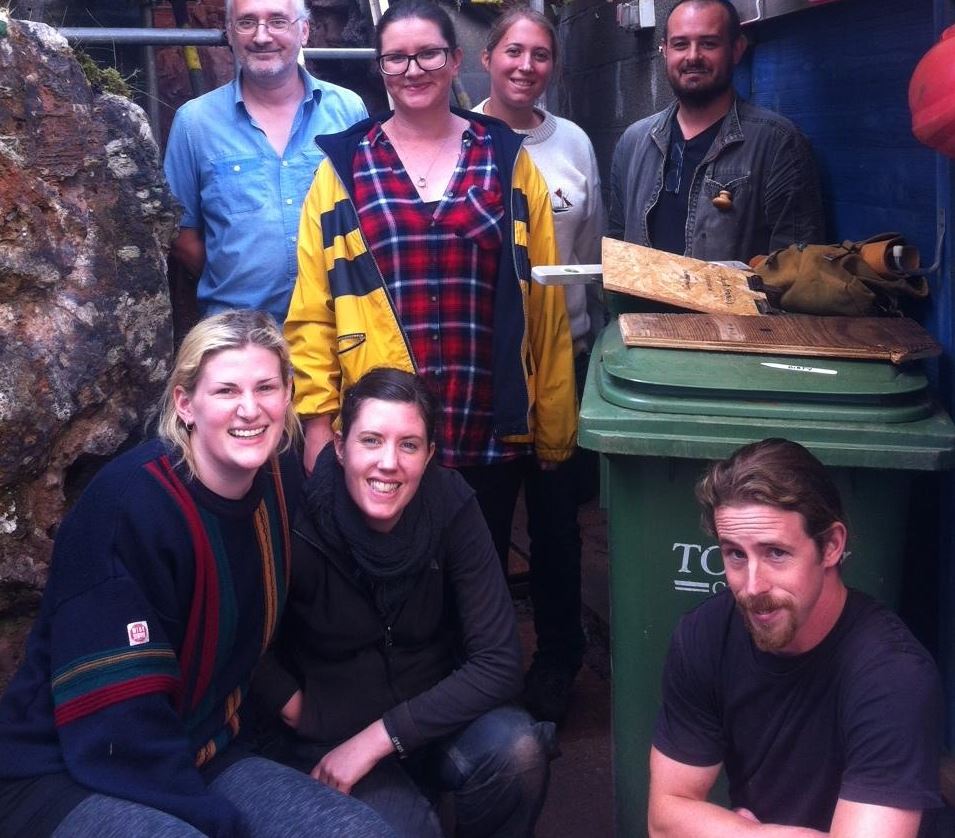 Kents Cavern was home to a team of archaeologists lead by Rob Dinnis (Uni. Oxford). They commenced explorations of a blocked up cave entrance on the Kents Cavern site. 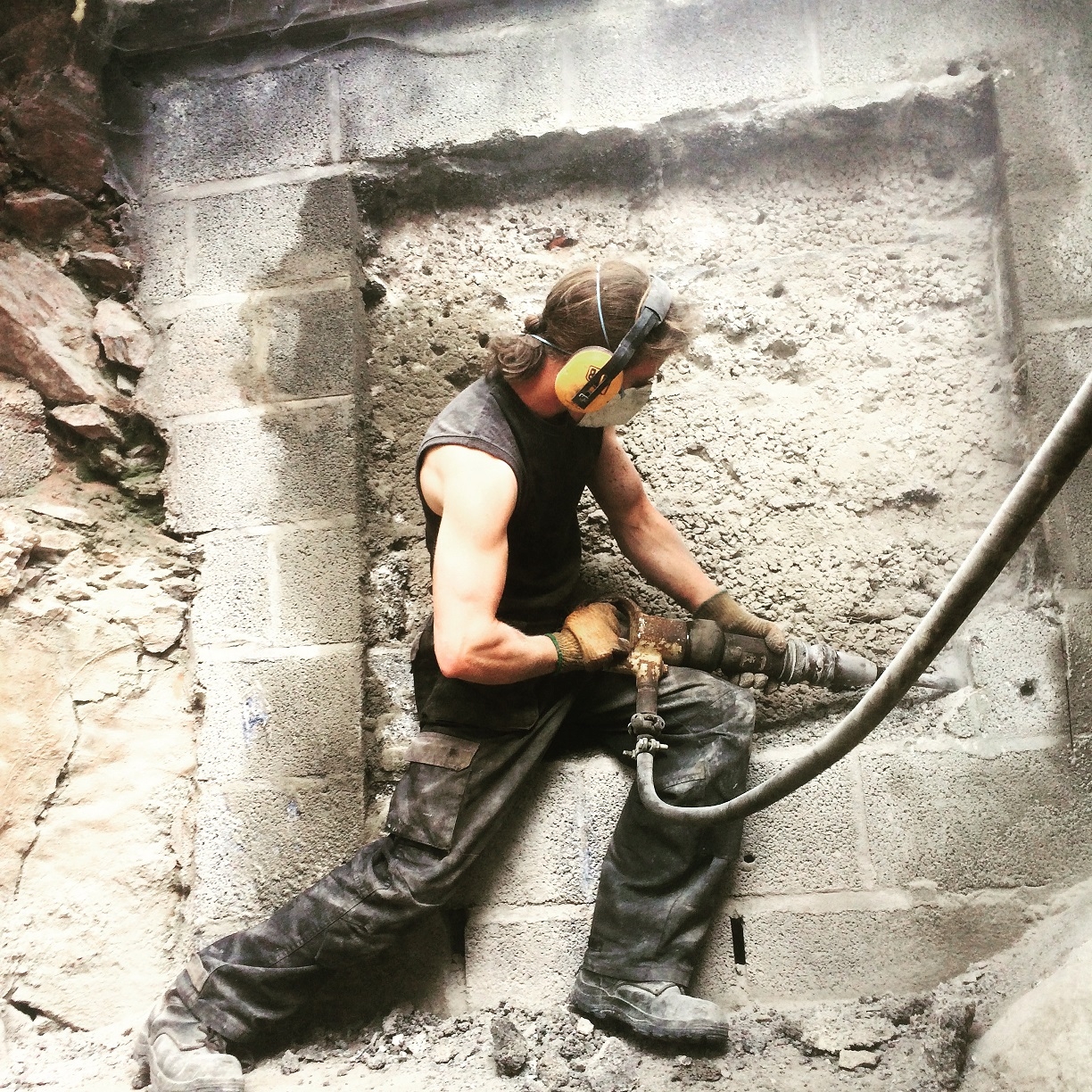 Before any excavations could begin the team had to get to work knocking down the wall covering the entrance. Even with high powered tools this was still a long process of extremely hard work. There was success and after a while a section of the wall was removed. Only to reveal up to a metre’s worth of concrete behind the decades old wall…

With the concrete removed the team set about examining the deposit behind it. A section of untouched intact cave earth was discovered, as well as an empty hidden bottle! The archaeologists set to work cleaning back and documenting what they had found.

After examining the deposits behind the wall, the team decided to go ahead with plans to open up a trench at the base of the wall. After much speculation, Dr Chris Proctor, the team’s geologist, confirmed that the trench contained even more ancient sediments.

With the ancient deposits in the trench, the team now had a complete sequence of sediments showing the geological history of the cave. Time to take down the rest of the wall. Hard work and a few surprises finally culminated in the entrance being revealed! The archaeologists found that the Victorian and 1930s excavators had left at least two metres of unexplored deposits. The meticulous process of excavation was now well under way. 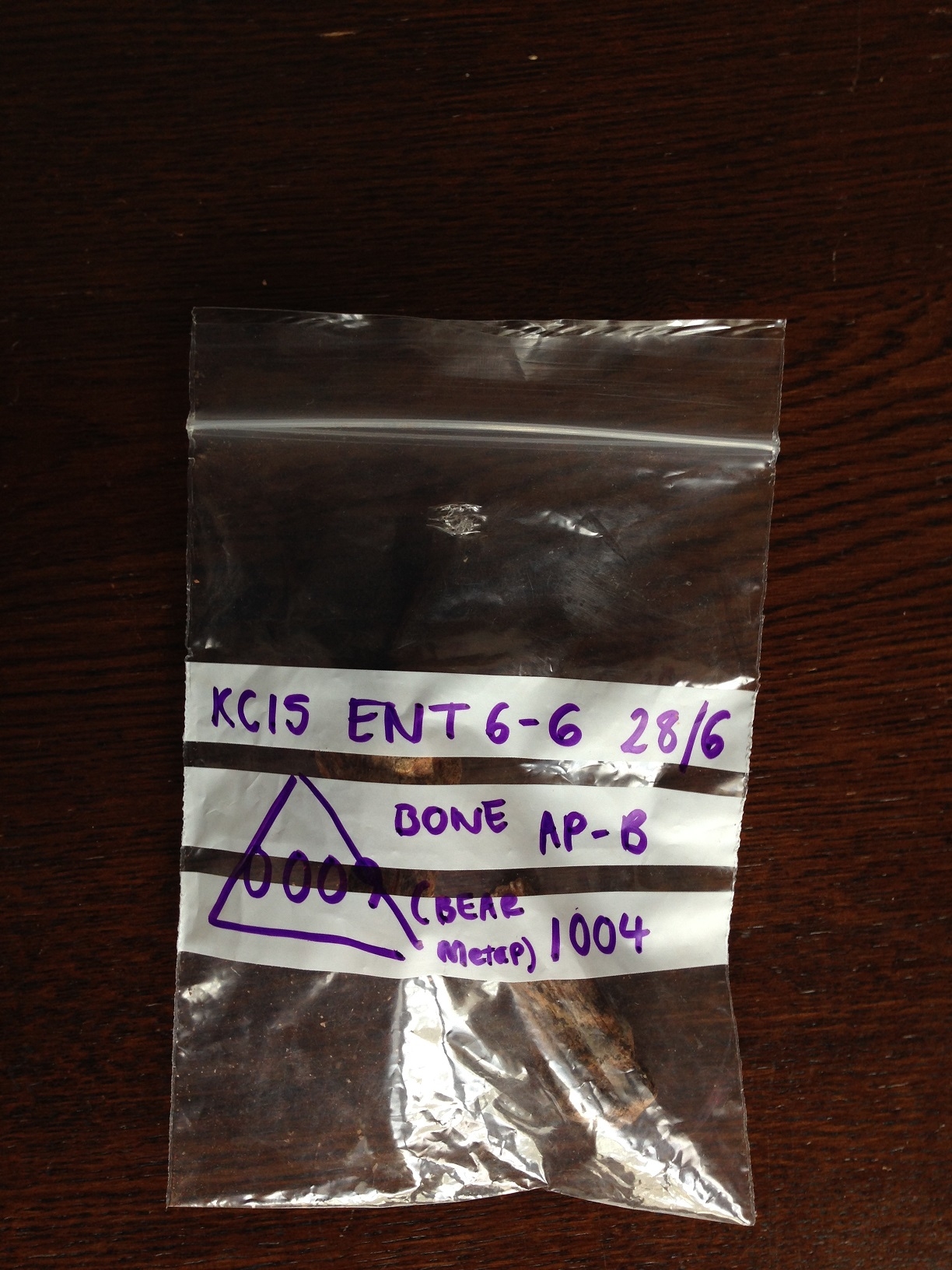 Good news – the entrance deposits contain bone! The team uncovered several bear bones, most likely from the same animal. Bone can be dated using radiocarbon dating, so will be vital in establishing when the cave entrance was/was not accessible to humans (and bears).

The wall deposit has not been fully excavated and remains, for the moment, untouched. BUT the team plans to return June 2016 to resume digging. Who knows what they might find.